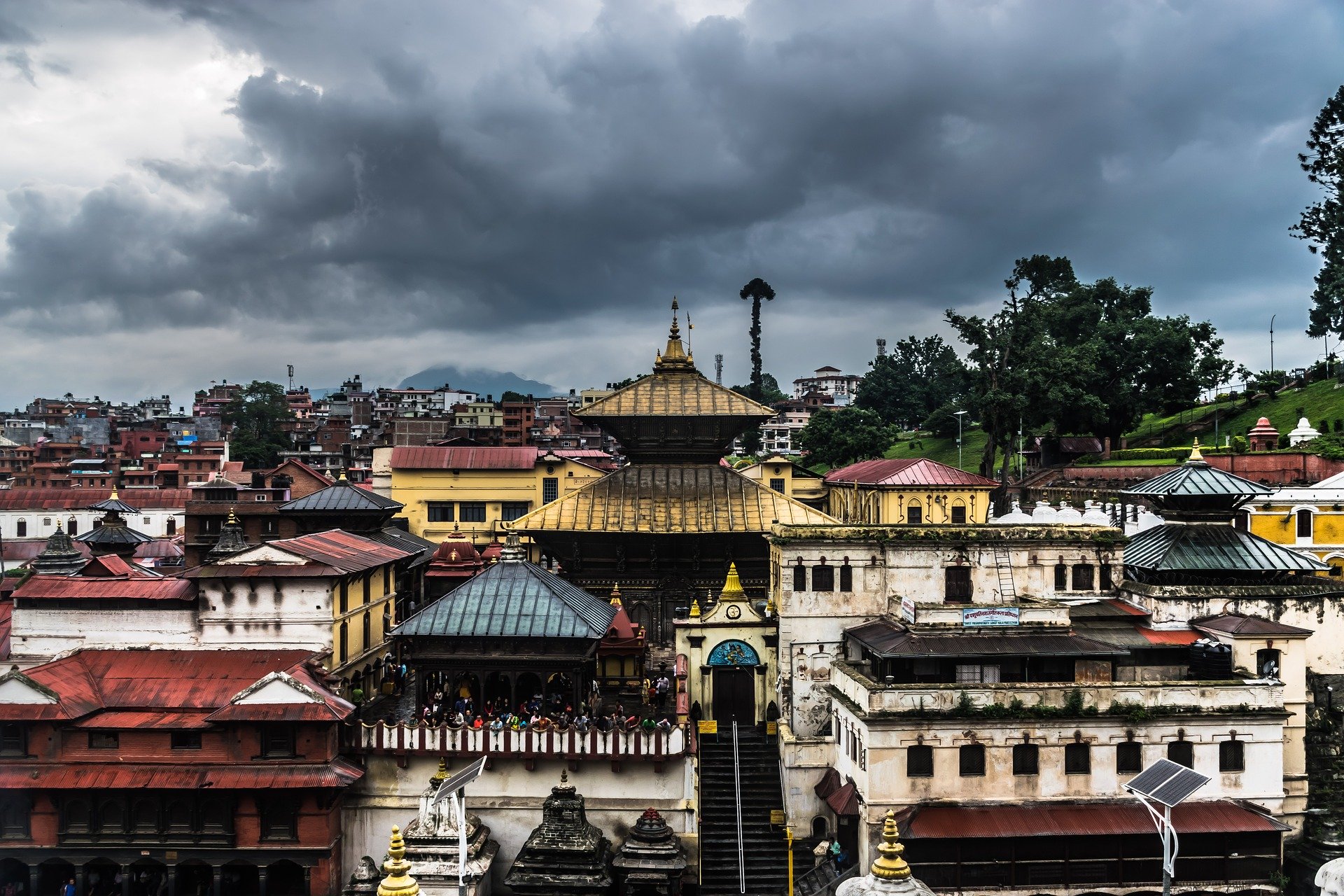 Pashupatinath is one of the eight UNESCO Heritage sites of Kathmandu Valley, the sacred place of Hindus. Thousand of Hindus pilgrimages from all over the world visit every year, one of the most important four religious sites in Asia.  It has a long history of how it built.  According to history, this temple was erected in the 5th century by Lichabi King.  That’s the reason it is believed that this is the oldest temple in the valley. This pagoda-style temple is carved wooden rafters and two levels of the roof are of copper with glittering gold. Over time many temples have been built surrounding. Pashupati means lord of all animals it relates an interesting story belief about how originated the name. Once upon a time Shiva and Parbati were exploring Kathmandu Valley alongside the Bagmati river, Shiva was amazed by the beauty of the Bagmati river and surrounding the forest. By the beauty of the river and forest, they changed into deer and lived in deer incarnation. Gods and people searched Shiva and finally found him in the forest but decline to leave the forest first, but ultimately Shiva declared after that he would be known as Pashupati, the lord of all animals. Nowadays its beliefe whoever comes to behold the Shiva Lingam that would not be reborn in the animal incarnation. Only Hindus people are allowed to enter the gates of the main temple. The big festival is called Maha Shivaratri, thousand of devotees from Nepal and India visit on this occasion. Pashupatinath is also an open-air cremation site in the Bagmati river bank where the last rites of Hindus are performed. Tourists visit to explore lively cultural heritage and see the open cremation.

4:00 am: West gate opens for visitors.
8:30 am: After the arrival of Pujaris, the idols of the Lord are bathed and cleaned, clothes and jewelry are changed for the day.
9:30 am: Baal Bhog or breakfast is offered to the Lord.
10:00 am: Then people who want to do Puja are welcomed to do so. It is also called Farmayishi Puja, whereby people tell the Pujari to carry out a special Puja for specific reasons. The Puja continues till 1:45 pm in the afternoon.
1:50 pm: Lunch is offered to the Lord in the main Pashupati Temple.
2:00 pm: Morning prayers end.
5:15 pm: The evening Aarati at the main Pashupati Temple begins.
6:00 pm onward: In recent times the Bagmati Ganga Aarati that is done by the banks of the Bagmati has been gaining popularity. There are larger crowds attending on Saturdays, Mondays and on special occasions. Ganga Aarati along with Shiva’s Tandava Bhajan, written by Ravana, is carried out during the evening Ganga Aarati.
7:00 pm: Doors close.